Dawn Harper-Nelson: Female athletes should not be expected to be 'lady-like' when competing 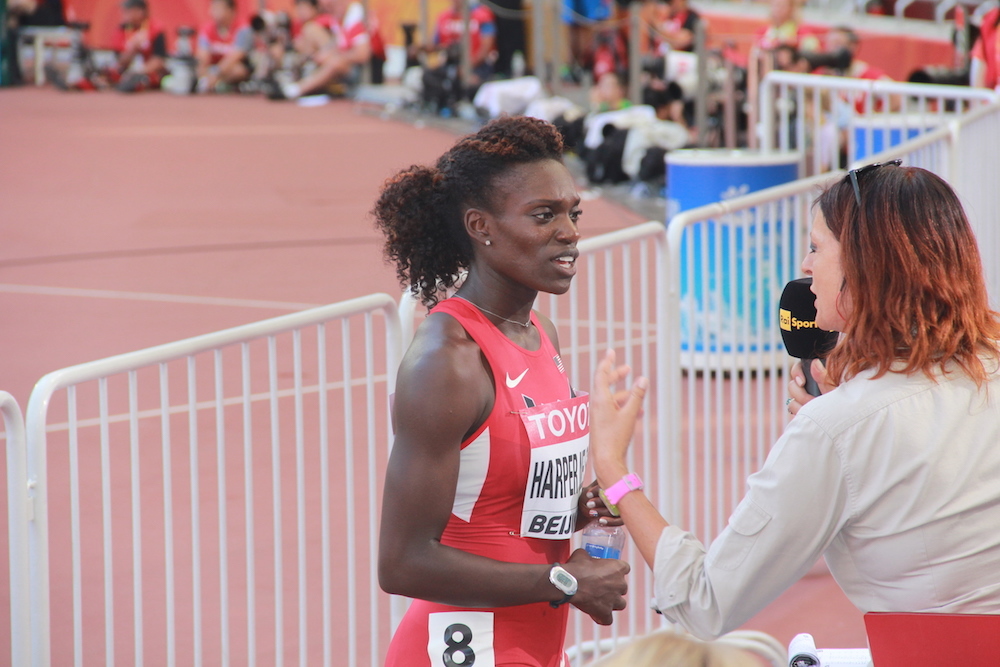 East St. Louis native and Olympic gold medal winner Dawn Harper-Nelson thinks the time has come for a change in landscape for women in sports.

In a recent interview on St. Louis on the Air, the 2008 gold medalist pointed to Serena Williams' recent treatment at the U.S. Open as an example of how unfair female athletes are often treated for showing any anger while competing in their sport.

“The thought of [women] needing to be ‘lady-like’ when we’re [competing] needs to go out the window,” Nelson said. “I’m an athlete right now. I’m not worried about your feelings. I’m going to do it the right way, as in not cheat, but if I’m going to grimace and scream and have these grunts and look stronger than my opponent, I should not be judged.”

Harper-Nelson is also convinced athletes should be free to show more of who they are when outside the arena of their sport, she said.

“When I put on this uniform to play, I don’t think that I necessarily put aside everything that I believed right before I put on the uniform,” she said. “When the whistle blows or the gun goes off in my race, I’m giving you everything that I have. I don’t think that you should penalize me or say, ‘Keep your mouth shut, you’re not human right now, you don’t have any voice’ — and it’s like, but I do.”

Harper-Nelson, who recently relocated back to nearby O’Fallon, said she is beyond happy to be back at home and looks forward to sharing her wisdom and experiences with the people of the community.

“If you want to listen, I have something I want to say to you,” she said. “Athletics has given me the life that I’ve afforded to live, but the journey behind it can touch people that have never competed before … it’s so much about overcoming obstacles, being knocked down and saying, ‘If I stay here, I will never be all that I’ve been called to be.’”

Want to get notified whenever we write about O'Fallon Illinois ?

Sign-up Next time we write about O'Fallon Illinois, we'll email you a link to the story. You may edit your settings or unsubscribe at any time.