Belleville City Council clears way for cannabis sales, but no takers as of yet

The Belleville City Council has approved zoning changes that would allow a recreational marijuana dispensary to operate in the area.

Although city leaders stress that they do not have a proposal from a company that wants to bring a dispensary to the city, aldermen have established that any such facility will be required to operate in either a commercial or industry zoning district. 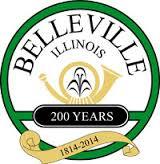 Across the state, recreational cannabis sales are slated to become legal on Jan. 1, as Illinois Gov. J.B. Pritzker recently signed off on legislation. Eckert has been transparent about his openness to such a facility operating in Belleville based on the tax dollars it could generate.

“I mean it’s going to be, obviously, some pretty considerable amount of tax,” he said, pointing to the 3 percent municipal tax the city council recently approved on marijuana products. “The law is they can use it in their homes in Belleville, so why wouldn’t we want to get some of the benefit of some of the potential sales?”

Want to get notified whenever we write about City of Belleville City Council ?

Sign-up Next time we write about City of Belleville City Council, we'll email you a link to the story. You may edit your settings or unsubscribe at any time.