For Doug Jameson, the pain is real and growing more unbearable almost every day.

“It’s like pouring salt in an open wound,” Jameson, candidate for the 113th House District, told the Metro East Sun regarding a recent survey ranking Illinois No. 49 in the country in taxpayer burden. “Our state government has grown overly burdensome and put this state on a path of unsustainability for individuals and businesses.”

The survey by Truth in Accounting also found that the average Illinois taxpayer now owes $50,400 in debt, based on 2016 government financial records. 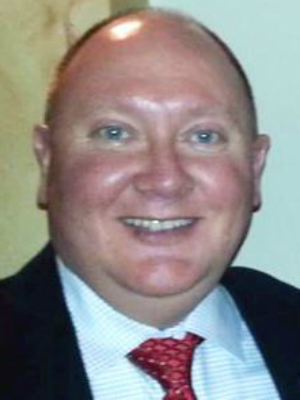 Overall, the cash-strapped state has total liabilities of $235.9 billion, with just $25.5 billion in assets, according to the survey.

The state’s faltering reputation comes after more than a decade of uninterrupted Democratic rule, including 11 straight years of Democrats occupying the governor’s mansion before the 2014 election of Republican Gov. Bruce Rauner.

Even with Rauner in power, Democrats earlier this year, with the aid of a handful of Republican lawmakers, banded together to override a veto by Rauner to permanently increase the personal income tax by 32 percent.

“Intervention has to happen,” Jameson said. “Adding the last 32 percent income tax hike on top of the state already having the highest property taxes in the country is just unfathomable.”

The retired Army veteran recently launched his campaign against Rep. Jay Hoffman (D-Swansea) on a platform of greater fiscal responsibility and a reformed business agenda. Earlier this month, he resigned as chairman of the St. Clair County Republican Committee to be able to dedicate more time to his campaign.

“Pension liabilities need to be controlled most,” he said. “Right now, they’re unsustainable and for future public employees we need to be considering things like 401 plans to cut down on all the costs.”

“The state has to tackle the debt,” Jameson said. “The exodus of people and businesses now making their way out of Illinois shows that our tax base is being eroded. We need to be increasing our tax base, not the rate we’re all being hit with.”

Want to get notified whenever we write about Granite City ?

Sign-up Next time we write about Granite City, we'll email you a link to the story. You may edit your settings or unsubscribe at any time.