Illinois state Sen. Jason Plummer (R-Edwardsville) argues that it is high time lawmakers in Springfield put the best interests of state taxpayers ahead of their own.

“We have too many legislators and other government officials that continue to put themselves at the front of the line, ahead of the taxpayer and ahead of the state,” Plummer told the Metro East Sun. “Springfield is a mess right now, public finances in the state are a house of cards and the fact of the matter is, we need to quit giving these legislators a golden parachute – pay increases and sweetheart pension benefits that are completely unsustainable.”

Plummer’s outrage stems from the legal position taken by former state Sens. Michael Noland (D-Elgin) and James Clayborne (D-Belleville), both of whom have filed suit seeking millions in back pay deriving from the wage freeze the General Assembly imposed on members during their terms in Springfield. Interest in the case hit a fever-pitch over the summer after a Cook County judge ruled that the wage-freeze proposals they supported while in office violate the state constitution’s ban on lawmakers changing their pay scale during their current term. 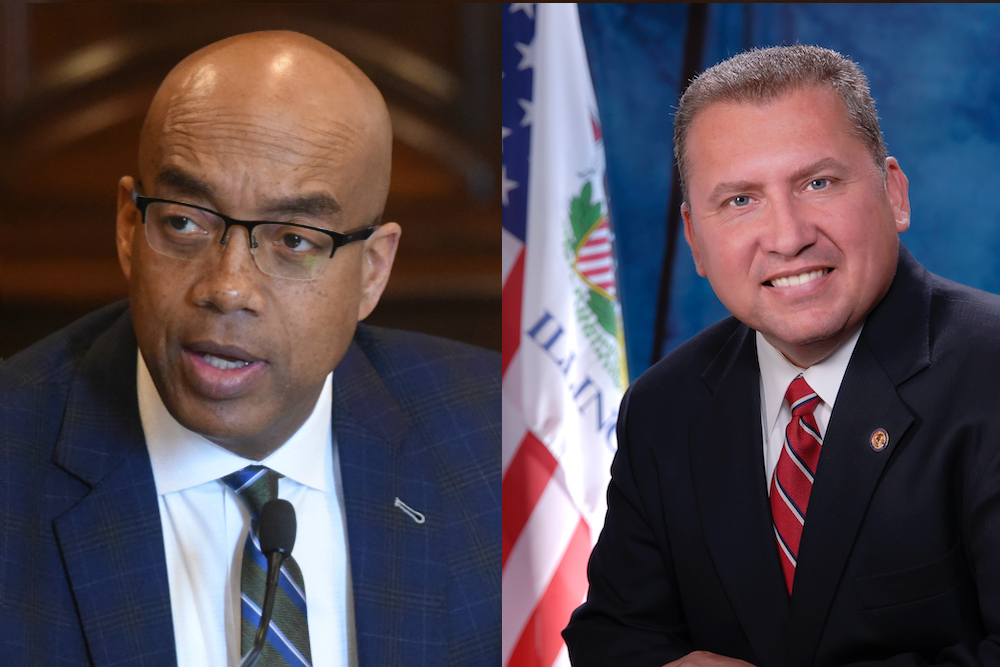 “What I would say is if they voted in favor of this because it was in the best interest of the state and the taxpayers back then, I don’t think anything has changed,” Plummer said.

The first-term Republican lawmaker said he is hoping that change will soon come to Springfield in the form of legislators doing all the things he thinks need to be done to put the state back on firmer financial footing.

“We need to bring fiscal prudence back to Springfield,” Plummer said. “Giving these sweetheart deals out is not a path to financial stability for Illinois.”

The veteran Clayborne served 25 years in Springfield, including time as Senate Majority Leader. His former 57th District base is located in the Metro East region and includes such communities as Belleville, East S. Louis and O’Fallon.