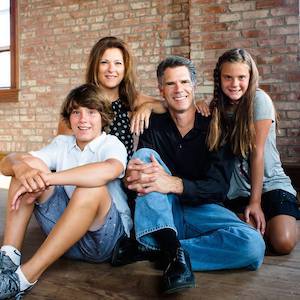 "I want to thank everyone for their support and words of encouragement over the last few months," Friess said in a Wednesday morning Facebook post. " I also want to thank Kevin Schmidt and David Holder on the race they ran. They both ran good positive campaigns."

Friess received approximately 42 percent of the vote, while his two challengers, Schmidt and Holder, received 31 percent and 27 percent, respectively.

Friess, who served in the U.S. Air Force, said he is running for the sake of his children.

"My wife and I have been able to live the American Dream right here in Southern Illinois where we grew up," Friess recently told Republic-Times. "I fear that my children will have no choice but to look elsewhere for opportunity once they graduate college."

Once he is elected to Congress, Friess said he would lower taxes and add term limits on career politicians.

"I will never vote to infringe upon our Second Amendment rights and I'll always fight to protect the unborn," Friess told Republic-Times. "I will steadfastly represent the conservative values of Southern Illinois."

Educational equality is also a top priority for Friess.

"Why should kids in the suburbs of Chicago have state-of-the-art facilities better than most universities while schools where we live in Southern Illinois have 10-year-old textbooks and a crumbling school building?" Friess told Republic-Times. "Our funding model should address the disparity."

Friess is now preparing to run a campaign against Democratic candidate Nathan Reitz, who recently passed legislation that increases transparency in lobbying practices.

"I said enough is enough to Illinois' notorious reputation for corruption in government," Reitz said in a recent statement. "And took action to pass comprehensive measures that will hold public officials accountable to the folks they represent.”