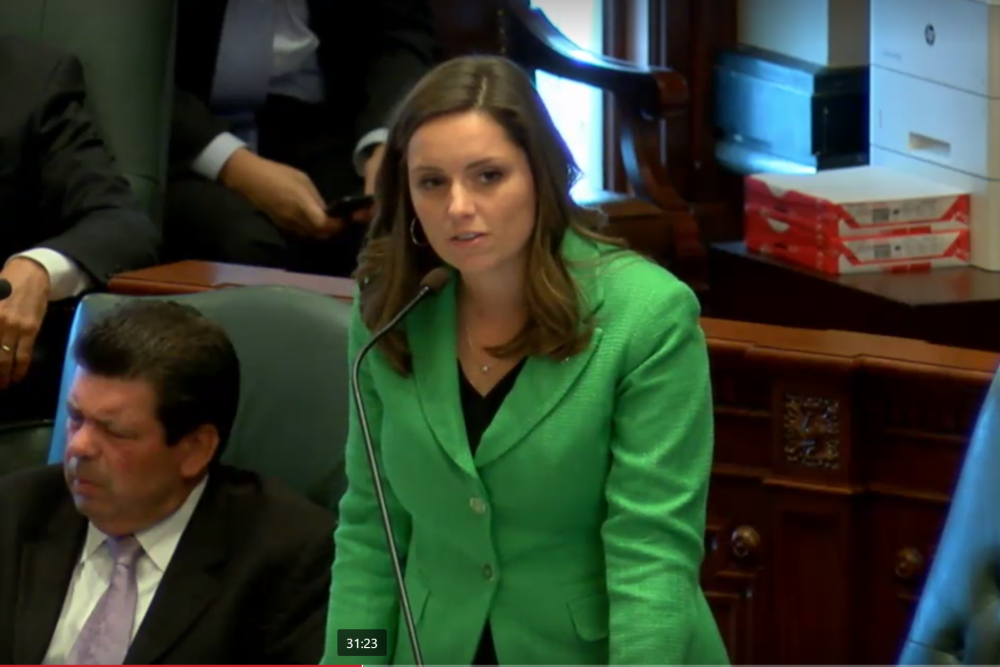 When state House Rep. Avery Bourne (R-Raymond) hears about the sharp rise in abortions in Illinois in recent months, she becomes all the more determined to fight for what's right.

“We knew this was the abortion industry’s goal – this story lays it out clearly,” Bourne posted on Facebook about the recent opening of Planned Parenthood’s so-called abortion 'mega-clinic' in Southern Illinois. “As it explains, with the new abortion on-demand laws in Illinois, 'Illinois is quickly becoming the abortion hub of the Midwest.'”

Hope Clinic for Women Executive Director Erin King told ABC News that patient volume at that facility has soared by at least 50 percent over the last 24 months as several neighboring states have placed tighter restrictions to significantly limit access to the procedures. Illinois, meanwhile, has gone in the opposite direction with Planned Parenthood now operating at least 17 health centers across the state and Gov. J.B. Pritzker having signed the Reproductive Health Act into law that makes abortion a “fundamental right” in the Prairie State.

“Illinois’ recent legalization of late-term and taxpayer-funded abortion is out of step with the majority of Illinoisans' views,” Bourne said. “Stories like these are reminders of just how important it is that we keep up the fight for life.”

Planned Parenthood’s new mega-clinic sits near the Illinois-Missouri border and opened when Missouri lawmakers were successfully pushing to close down the state's last remaining abortion clinic.

“Illinois’ expansive new abortion law, which allows dismemberment abortion up to the moment up birth, is affecting women and children beyond the boundaries of the state,” Thomas More Society General Counsel Andrew Bath said in a press release announcing his organization's lawsuit against Planned Parenthood. “Planned Parenthood’s pattern of operating in secret is a disgrace and an insult to the good people of Illinois. That ghoulish vendor of death hid its true identity and the building’s intended purpose to avoid the objections they knew would come from the people of the community they’ve now infected.”

Want to get notified whenever we write about Thomas More Society ?

Sign-up Next time we write about Thomas More Society, we'll email you a link to the story. You may edit your settings or unsubscribe at any time.