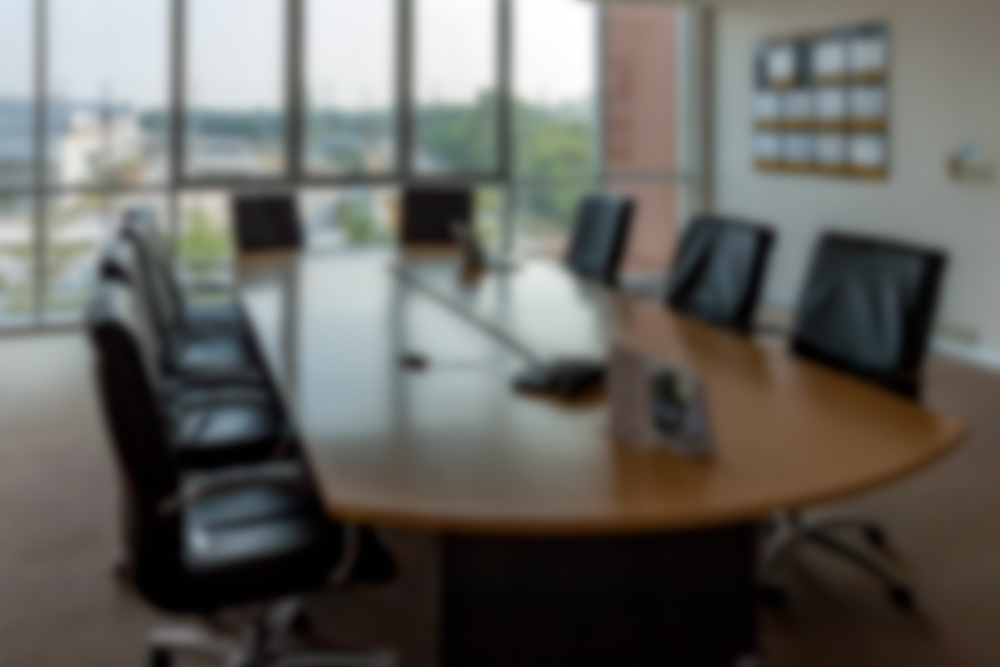 Here is the minutes provided by the Committee:

The regular meeting of the Edwardsville Public Safety Committee was called to order by Chairman Krause at 5:00 p.m. in the Council Chambers with quorum present: Chairman Will Krause and Alderman SJ Morrison. The Chair excused Alderman Chris Farrar.

Chief Keeven stated this ordinance will aliow the hiring of up to two (2) probationary police officers in anticipation of pending retirements and resignations. By the time Edwardsville Police Department (EFD) hires an individual until they are ready to take over their patrol duties can be up to twelve (12) months. This ordinance would allow EPD to get a jump start on the hiring and training process so there wouldn't be a year lag time from when a person retires and new person starts. This is not stating that EPD has to have this number of police officers. It is simply an option to hire up to two (2) probationary officers when there is an anticipation of retirements and resignations, if the budget allows it.

Alderman Morrison motion for approval of An Ordinance Amending Chapter 62 of the Codified Ordinances of the City of Edwardsville (Police Department), second by Chairman Krause. All were in favor to move forward to Administrative & Community Services Committee with the request of Suspension of rules and passage on first reading as an action item. Motion carried.

EPD has been working with a company called The Work Center Inc. (Work STEPs). After the city makes an offer to a police officer candidate, the candidate goes through several steps: drug Screening, medical physical, psychological evaluation and a lie detector test. EPD would also like to send candidates to a company called WorkSTEPs, who have developed a physical ability test for police officers. Basically they find out what physical work the department does and the expectation of the department so they can come up with an agility test. There will be a $175.00 charge per test to add this to the hiring process. This is one more step after the initial offer to make sure that the officer candidate is physically fit.

The last budget year the EPD had worked out an agreement to purchase used StarCom digital portable radios from St. Clair County. St. Clair County has sold some of those radios after EPD received approval to purchase them and had the check cut. EPD has now purchased the radios and Firefighter/Paramedic Cory Heuchert is helping to program them. EPD will then get the agreement in place with Motorola so they can start broadcasting on a digital platform.

•Resolution Authorizing the Single Source Repair of Aerial Device Turntable for an estimated cost of $48,176.32

The ladders are inspected annually, The Edwardsville Fire Department (EFD) has been told in the past few years that the aerial device on the 2002 ladder truck is getting to the point that very Soon it will not pass the annual inspection, The options are: 1 - get rid of the truck, 2- not use the ladder or 3-repair it. The rest of the truck is in good shape and EFD can easily get another ten (10) years out of this truck. To buy this seventy-five (75) foot ladder truck new would be around $900,000.00 plus. The repair will take two (2) to three (3) weeks. This was budgeted under capital.

Alderman Morrison motion for approval of the Resolution Authorizing the Single Source Repair of Aerial Device Turntable for an estimated cost of $48,176.32, second by Chairman Krause. All were in favor to move forward to Council as an action item. Motion carried.

EFD had a very busy criterium day this year. Chief Welle asked Captain Mayfield, who was the shift captain on duty to speak about the day and how it progressed. This was the eighth year for the Rotary Club Criterium with approximately three hundred (300) riders. There were no major issues. EFD transferred three (3) patients to the hospital and overall there were a total of five (5) patients seen at the Anderson Emergency Room (ER). All total, EFD gave assessment orgave medical care to sixteen (16) riders that went down. The use of the ATW was a perfect example of why the department has it and how it is used. Being prepared for a larger scale event is one thing Captain Mayfield feels can be improved upon. At one point in time all four (4) ambulances were at hospitals from other calls and one (1) or two (2) of the riders. There were two (2) significant wrecks while the race was going on. The EFD ran a total often (10) other calls during this time frame. The turn by the Bank of Edwardsville is where the most incidents happens. City Administrator Tim Harr suggested a meeting as a group to talk about the event that will involve Public Works, the Police Department and a representative from the Rotary Club. Overall the event went Well.

•Approval to Award the Edwardsville Public Safety Furniture Purchase and Installation Contract to Louer Facility Planning Inc. in the amount of $125,470.00

The City received five (5) bids. Two (2) of the bids were considered nonresponsive. They submitted substitutions requests and did not meet the minimal specifications. The consultant, Gray Design Group, helped to determine them nonresponsive and this was reviewed with the City Attorney. These bids must meet the specifications in its entirety. Tim Harr clarified that we are not buying all brand new furniture for the new Public Safety Building. Gray Design surveyed what repurposed furniture will be used from the police and fire departments to fit in the design.

Meantime the contractor incorporated the design of the furniture layout so we can position electric outlets, internet connections, telephone line connections and so on. So a lot of the sizes were based on that layout. This also includes two (2) new dispatch consoles for a total cost of $26,564.

Alderman Morrison motion for the Approval to Award the Edwardsville Public Safety Furniture Purchase and Instaliation Contract to Louer Facility Planning Inc. in the amount of $125,470.00, Second by Chairman Krause. All were in favor to move forward to Council as an action item. Motion Carried.

•Approval to Award the Herman Miller Chair Purchase to Interior Investments in the amount of $14,400.00

These chairs are specialty/ergonomic chairs; with back support, adjustable for work space area, and have mesh materia on seating and back area. Eighteen chairs will be purchased and some of these chairs are used 24/7. Gray Designs was tasked to pick out the heavy use areas for these chairs. By getting a higher quality of a chair in the heaver use area, it will last longer.

Alderman Morrison motion for the Approval to Award the Herman Miller Chair Purchase to Interior Investments in the amount of $14,400.00, second by Chairman Krause. All were in favor to move forward to Council as an action item. Motion carried.

•Approval to Award the Mobile Shelving System Purchase to Bradford Systems Corporation in the amount of $13,998.00

This is a bid for a mobile high-density shelving unit for the new Public Safety Building. The lead time on this is approximately 5 weeks out. The shelving unit is similar to what you see in doctors and lawyers offices with a crank on the side to compact as necessary. This unit will be used in the evidence storage room, so it will be locked up at all times.

Alderman Morrison motion for the Approval to Award the Mobile Shelving System Purchase to Bradford Systems Corporation in the amount of $13,998.00, second by Chairman Krause. All were in favor to move forward to Council as an action item. Motion carried.

•Change Order #12 to IMPACT Strategies Inc. in the amount of $8,303.00 for the Public Safety Facility Project

This Change Order is for the electrical conduit, wiring and junction boxes for the clock tower, as well as providing two (2) additional foundation sleeves for the radio tower. Once the designs were finalized, Wireless USA Systems recommended six (6) conduits for future expansion and We allowed for four (4). The last item is for the revision of the electrical system for the water display fountains.

•Change Order #13 to IMPACT Strategies Inc. in the amount of $7,260.00 for the Public Safety Facility Project

RFP #22 is to relocate the gas meter and service entrance coming into the building. This had to be coordinated with Ameren. This was additional underground conduit for a total cost of $3,223.00. RFP #27 is revising the corner wall guards from one inch width to a two inch width. They were showing originally a four foot height. We wanted them to go a little bit taller so they will be an eightfoot height. These guards come in eight foot length so now they will not need to be cut down. Overall on the project through Change Order 13, the net change to date is $283,561.00. The changes associated with Governors Plaza, adding the additional south parking lot and the tower foundation is $252,693 of that total, which is 2.11% of the overal job. The other changes, like the two we just went over throughout the rest of the job totals $30,868.00 which is 0.26% of the job.

Alderman Farrar had expressed Concern that there have been two (2) major accidents at this intersection within the last few weeks. Improvements will be made to widen this roadway for two (2) turn lanes. Chief Keeven said he has not received the crash reenactment report yet but even with these improvements to the roadway, it probably would not have stopped that crash from occurring. We are proposing to do a dual left turn westbound to go into to Highway 157 southbound and a right turn lane to go into Highway 157 northbound. We are in the process for approvals and hope to be out for a bid opening the second quarter of 2018. City Administer Tim Harr suggested having IDOT look at the timing of the signals.

Alderman Morrison stated there have been multiple accidents or near-misses involving deer. A few surrounding cities had tried to have an organized deer hunt but was not received very well and it was canceled.

•Enforcement of the smoking ban

Alderman Morrison stated there are a number of downtown merchants that are allowing Smoking outside their storefronts on Main Street. It prevents people from wanting to spend time outside their business and from going down the sidewalk. Smoking is not allowed within fifteen feet from an open doorway or a window of a business. The business must be open or have public access for the fifteen feet law. Chief Keeven is not aware of enforcements that have been done or of any complaints for smoking within fifteen feet of a business.

The next meeting of the Public Safety Committee will be Monday, September 11, 2017 at 5:00 p.m, in the Council Chambers at City Hall.

With no further bysiness at hand, the meeting was adjourned at 5:54 p.m.

Want to get notified whenever we write about Edwardsville City Council Public Safety Committee ?

Sign-up Next time we write about Edwardsville City Council Public Safety Committee, we'll email you a link to the story. You may edit your settings or unsubscribe at any time.