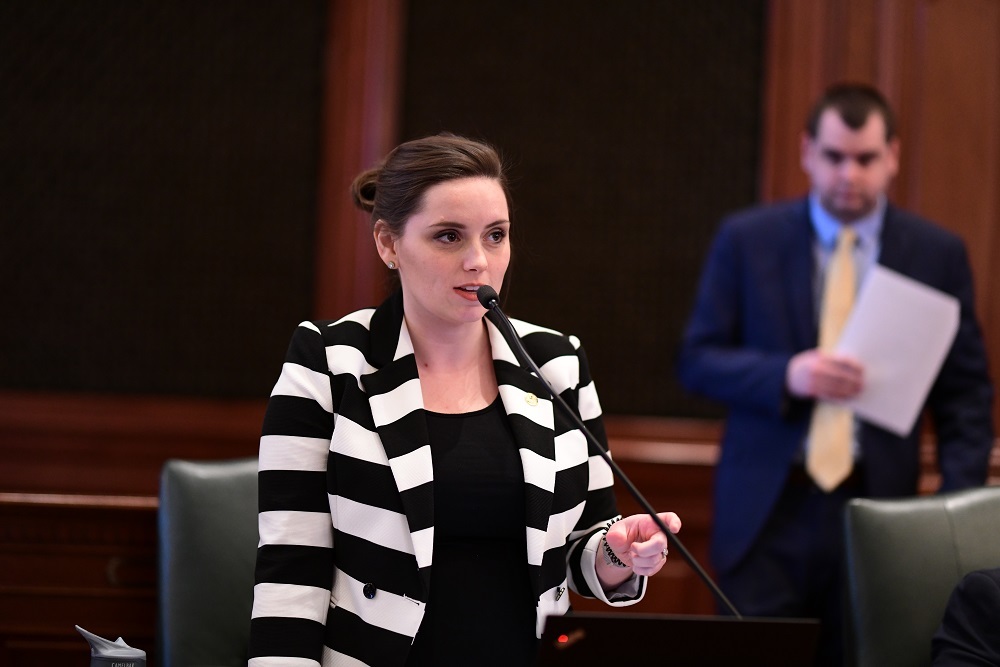 Even with Democrats holding supermajorities in both chambers of Congress, Illinois state Rep. Avery Bourne (R-Raymond) and fellow Republicans were able to ensure that the Blue Collar Jobs Act was included as part of Gov. J.B. Pritzker's recently enacted new state budget.

“Our state must get serious about passing reforms that will grow jobs and send the message to employers that Illinois is welcoming and open for business,” Bourne said in a press release. “The Blue Collar Jobs Act will help spur new construction jobs in Illinois through the creation of a new tax credit.”

With the support of both labor and business groups, the legislation is touted as being designed to lead to more construction projects across the state, many of them with tax incentives that may attract even more businesses to the state. Bourne stresses that the program works similarly to the current EDGE program, where tax credits will only become available after the work has been completed, greatly limiting the risk factor for the state if a project is not finished.

Bourne said she's almost as happy about some of the legislation she and her GOP colleagues were able to prevent from advancing during the spring session in Springfield. Some of the examples she pointed to were tax proposals for streaming (Netflix, Hulu, etc.), ride-sharing (Uber, Lyft, etc.), cable and satellite TV, bottled water, rental cars, real estate transfers and increased taxes on beer and alcohol.

Want to get notified whenever we write about Illinois Representative Avery Bourne (R-95th) ?

Sign-up Next time we write about Illinois Representative Avery Bourne (R-95th), we'll email you a link to the story. You may edit your settings or unsubscribe at any time.